Why write this blogspot?
This blosgpot is a response to St. Rose of Lima parishioners' request to learn about Father Mujule's Pastoral Ministry among his people of Hoima Diocese, in UGANDA, whom he served before coming to the USA, Aug 23rd, 2006.

Father Mujule Comes to the USA

Fr. Michael Chris Mujule travelled on August 22nd, 2006 all the way from Hoima Catholic Diocese, UGANDA, East Africa, to come as a Missionary International Priest to minister in the Belleville Catholic Diocese in State of Illinois in USA. On August 23, 2006, the feast day of St. Rose of Lima, Fr. Mujule arrived in Belleville and stayed at the residence of Belleville Diocesan Bishop Edward K. Braxton.  Then on November 10th, 2006, Fr. Mujule was given the appointment letter to go and minister to the Christians of St. Rose of Lima Catholic Church in the city of Metropolis, State of Illinois.

Fr. Mujule had earlier on come to the USA for his Master's Degree in Education at the University of Portland, Oregon's Catholic University, USA, 1983-84 sent for studies by Bishop Albert Edward Baharagate of Hoima Diocese. Fr. Mujule's University of Portland's scholarship was given him by the Holy Cross Fathers. The Holy Cross Fathers, Brothers and Sisters worked in the Dioceses of Hoima and Fort Portal, in western Uganda, East Africa


NOV 10th, 2006:
His Excellency the Most Reverend Edward K. Braxton is pleased to announce the appointment of Reverend Michael Christopher Mujule, on loan from Hoima Diocese, Uganda, as Parish Administrator of ST. ROSE OF LIMA PARISH in Metropolis, Illinois. He is appointed to provide pastoral asssitance to Rev. Msgr. William McGhee, Pastor of St. Mary Parish in Mound City; St. Catherine Parish in Grand Chain; Our Lady of Fatima Parish in Ullin; and St. Patrick Parish in Cairo. This appointment is effective, Monday, November 13, 2006."

Both Fr. Mujule and Fr. Joseph Kizito were ordained priests of Hoima Catholic Diocese, Uganda, by Bishop Albert Edward Baharagate Saturday May 13th, 1978, the Vigil of PENTECOST SUNDAY:  at the Church of Our Lady of Lourdes, Bujumbura Cathedral Parish.

In his years as a priest, Fr. Mujule has served as

Fr. Mujule and Rural Community participation in School Education ....... the aim was to encourage small rural communities to establish primary schools at  village chapels and to establish Secondary Schools in their local areas. URDT's local community radio station called KKCR. 91.7 FM based at Kagadi Town, the radio helped a lot Fr. Mujule in his giving of weekly Radio Talks on mobilizing the local community to support school education, especially education of the girls.
~Fr. Mujule learnt a lot from his friend URDT's Mwalimu Musheshe the founder of NGO called  URDT,  founder of URDT Girls Schools , founder of the first African Rural University (ARU) for Women in the East Africa Region. Mwalimu Musheshe has a visionary approach towards sustainable development of families & rural areas.

In 1967 Bishop Cyprian Kihangire began St John Bosco Seminary as a High School Seminary for Hoima Catholic Diocese. The seminary began humbly with only 13 boys joining year one of high school after having finished 7 years of elementary education. In 1978 Hoima Diocese witnessed the ordinations of the first priests who had passed through that seminary.

The 4th Bishop of Hoima Diocese, Rt Rev. Bishop VINCENT KIRABO had his Minor Seminary priestly formation at St John Bosco Seminary, 1969-1972. Thereafter he went to Alokolum National Major Seminary in Gulu, and then to Ggaba National Major Seminary in Kampala. He was Ordained a Priest on Sept, 9th, 1979. After his Priestly Ordination he was appointed Teacher and Dean of Studies at St John Bosco Seminary, and Diocesan Director of Vocations. Later on he went to University of Portland, Oregon, USA for Master's Degree in Education, (1988-1990)

A Book entitled - A HISTORY OF HOIMA DIOCESE PRIESTLY AND RELIGIOUS VOCATIONS" has been written by Rev. Fr. Agaptus Hector Businge of  Hoima Diocese. The book he has written shows the growth of Priestly vocations in Hoima Diocese. And the book was published in time to mark Hoima Diocese Golden Jubilee - August 9, 1965 - August 2015

This school was begun by Fr. Mujule in February 2002 in response to Muhorro Parish and the local community's appeal to put up a secondary school for the girl-child.

The Rural Community wanted a girls school in their local area of Muhorro, and so Fr. Mujule began to mobilise the community for the start of St. Margaret Mary Girls Secondary School, at Muhooro Catholic Parish, Kagadi District, Hoima Catholic Diocese.

MISSION of the School:
To support the Rural Girls to get good secondary school education and thus empower them for their future. Educate a Woman and you will have educated a Nation: EDUCATION IS EMPOWERMENT.

In October 2006 during Fr Mujule's stay at the Bishop's Residence in Belleville Diocese, Illinois USA, Bishop Edward K Braxton of Belleville Diocese encouraged Fr. Mujule to visit some American homes and get a feel of the catholic families in the Diocese.

Fr. Mujule visited one family that picked interest in the pastoral work he had been doing in Hoima Diocese. Having been told of the diverse ministry of Fr Mujule's involvement in rural parish life, in rural education, Girls education, that particular family decide to begin to fundraise for the money for buying BEDnets to be sent to the families in Uganda. NETwork Against Malaria is a Non Government Organization NGO began by that family in Belleville City of State of Illinois, USA. The five daughters in that family gave talks to students in different elementary and secondary schools and in universities and local communities where many are now active members of NETWORK AGAINST MALARIA.

The Diocese of Hoima belongs to Uganda's Ecclesiastical Province of Mbarara Archdiocese. Hoima Diocese was erected on 9th August 1965, being made up of areas cut off from Fort Portal Diocese and the former Lubaga Archdiocese.  It started with 7 Parishes and now has 39 Parishes, with more to be opened in the future.

HOIMA DIOCESE
has had these 4 Ordinary Bishops.

#1- Bishop Cyprian Kihangire, the founder, began Hoima Diocese on Aug 9th, 1965, up to Dec 19th, 1968 when he was transferred to be Bishop of Gulu Diocese, in Northern Uganda.

#4-  Bishop Vincent Kirabo was ordained and installed as 4th Bishop of Hoima on Feb 28th, 2016

On Monday Nov 30, 2015, Pope Francis appointed Fr. Vincent Kirabo as New Bishop of Hoima Diocese.  The news of the appointment came a day after Pope Francis had just concluded his Apostolic Pastoral Visit to Uganda, Nov 27-29th, 2015.  Rt. Rev. VINCENT KIRABO was ordained Bishop of Hoima on Feb 28, 2016. The news of the appointment of the new Bishop, was greeted with great joy in the Diocese. It was good news of  God's Gift to Hoima Diocese as the Diocese was preparing to celebrate Golden Jubilee the 50 years of existence 1965-2015. By providence Bishop Vincent is named KIRABO - in Runyoro Language the word KIRABO means GOD'S GIFT. Yes for Hoima Diocese that was waiting to celebrate 50 yrs, his appointment was and is indeed God's gift to Hoima Diocese. Blessed be God forever.

#2-
MARTYRS AND UNKNOWN CHRISTIAN WITNESSES: Hoima Diocese and Beyond

Thanks to Fr. Agapitus Businge the Editor of the 3rd Book. Fr A. Businge contacted several people the Laity, the Religious and the Clergy who contributed articles about Bishop A.E. Baharagate. Among the many witters is Fr. Michael Chris Mugisa Mujule who wrote about the Hoima Diocese Synod and also  about Church Missionary activity in Hoima Diocese during time of Bishop A. E. Baharagate as Bishop of Hoima.

Fr. Agapitus Hector Businge has worked as Teacher at St John Bosco Seminary, as Hoima Diocese Director of Vocations, and then for many years as Director of Pastoral Spiritual Year National Formation Program of the Uganda Episcopal Conference. His wide experience in Vocations Office enabled him to write a book on the History of  Hoima Diocese with special emphasis on Priestly and Religious vocations.

Some of the pilgrims walked from many parts of Uganda and some walked from neighbouring countries like Kenya, Rwanda, Tanzania , and DRCongo to come to Namugongo. Hoima Diocese registered 3450 Pilgrims who walked from Hoima Diocese to Namugongo Martyrs Shrine. For many it was quite a faith testing experience to walk for more than 150 miles or 240 kilometers


HOIMA DIOCESE AREA.
Hoima Diocese covers a total area of 17,200 square kilometers or 6,643 square miles, covers all government districts of Bunyoro-Kitara Kingdom. The Catholic Church in Hoima Diocese has done a lot in the field of education, evangelization, and socio-economic development to help the people of Bunyoro. Hoima Diocese covers the same area as BUNYORO KINGDOM


THE UGANDAN CHRISTIAN MARTYRS
Uganda is also know as the Land of the Uganda Christian Martyrs. Two of these Uganda Martyrs are from Hoima Diocese, i.e. St. Andrew Kahwa and St. Anatoli Kirigwaijo. In Hoima Diocese, the Uganda Martyrs Guild, and the Catholic Charismatic Renewal are the two very active Lay Apostolate Movements that have brought in many fruits of the Holy Spirit's renewal to the Diocese.

Special thanks to the MISSIONARIES OF AFRICA (M.Afr) (formerly known as WHITE FATHERS) for their hard work in evengelizing Bunyoro especially in the parishes in the Central and Southern part of Hoima Diocese: Hoima and Kibaale Vicariates respectively. Missionary Fr. Omer Direkcx (M.Afr) was my mentor when as newly ordained priest I was appointed to work with him at Bujuni Parish, Hoima Diocese (Aug-Dec 1978). Special thanks to Brother Max Gmur (M.Af) who helped set up Hoima Diocese Construction Department: together with Bro Karl Schubert (M.Afr) they began St Simon Peter Vocation Technical Institute, in Rwenkobe, Hoima  for the training of  youth in the field of mechanics, carpentry and building.

Special thanks to the COMBONI MISSIONARIES (formerly known as VERONA FATHERS) for their hard work in evengelizing especialy the northern parts of Bunyoro in Masindi Area now known as Masindi Vicariate. I remember my dear friend and mentor Comboni Missionary Fr. Gino Stocherro and his love for people of Hoima Diocese. Fr. Gino Stocchero he helped me a lot to appreciate value of being a missionary.

Special thanks to the Religious Sisters of MISSIONARIES OF AFRICA (formerly known as WHITE SISTERS) for their had work in the evangelization of people in parishes in upper Bunyoro area that is in the now known as Hoima and Masindi Vicariates.
Home 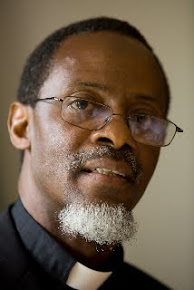